THE BEST PLACE TO SPEND YOUR TIME! 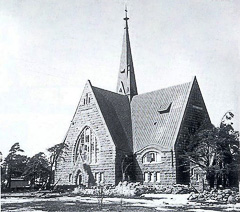 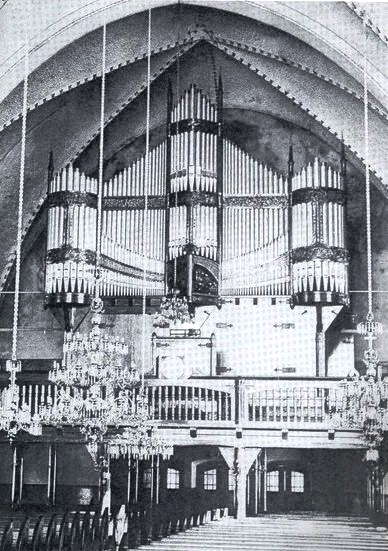 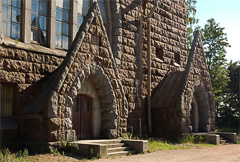 Entrance to the Church.
Picture of 2000. 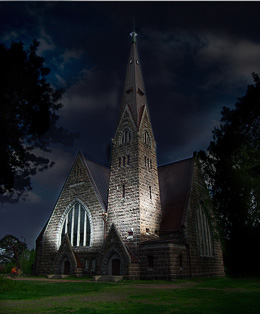 Church in Koivisto, at present.
Picture of 2013.

Swedish name Björkö means "birch islands". This was the name of the islands surrounding the strait.

Exactly in this place there were ancient trade routes between the West and the East.

A church firstly built on Kirkkosaari island underwent a number of reconstructions and even fire.

Immediately after the fire in 1706 a small wooden church was built, but this time on the mainland. It is known that the “Resurrection of Christ” icon was bought for this church.

After the Great Northern War (1700-1721) a part of Eastern Finland was joined to the Russian Empire, Björkö-Koivisto settlement also became a part of it.

In 1763, a new church was built in Björkö-Koivisto under the typical plan – symmetric equiangular cross with elongated narrow transept and nave. This church design became a very popular solution in Finland.

In 1777, avoiding publicity, Gustav III, who had just ascended the throne in Sweden, made a visit to Catherine II under the name of the count of Gotland Björkö-Koivisto on his way to Saint-Petersburg. A service for the further safe journey of the “count” was held in the church. Later on, the king of Sweden presented exquisitely decorated communion ware to the parish of Koivisto.

The chalice and platter weighing 1.3 kg. were made of pure gold. The following inscription  (translated from Latin) was engraved on the chalice: “From Gustav III to the Church of Koivisto in memory of the safe arrival of Gotland count  on June 15, 1777”. 13 years later, in the midst of the war between Russia and Sweden, Gustav III again visited Koivisto. The second visit of the king was wrapped in mysteries and legends, one of which was associated with a happy rescue of the king from the detachment of the Russian cavalry. Dressed in the clothes of a priest, under the guise of a sexton, the king managed to get to the church, and then he was safely delivered to the Swedish ship.

Many other equally significant historical events  are  connected with the bay of Koivisto. So in 1884, Alexander III with his spouse Maria Feodorovna, their son and daughter stayed in Björkö-Koivisto on their way to Finland. The Russian Emperor presented a chandelier (it is now kept in the sacristy of the church in Alavus, Finland).

When a new church was constructed in 1904, the old church was dismantled and moved to Finland, and then to Vyborg, and subsequently it was burned down.

On  December 18, 1904 a new Lutheran Church accommodating 1800 parishioners was opened in Koivisto. Its architect Joseph Daniel Stenbäck educated in Germany became one of the pioneers of stone architecture in Finland.

In the autumn of 1905 Nicholas II with the Empress and family visited Koivisto. The Emperor attended the service in the new church. As an expression of gratitude and respect he donated the required amount of money for the purchase of an organ (which was moved to Finland during 1939 - 1943).